“Critic’s Choice in Theatre/Performance. An original, passionate, witty work that confronts the conundrums of transformation; an earnest, principled piece that bridges the gap between stripped-down rock and theatrical storytelling.”
– Kerry Reid, Chicago Reader

Although Dayna’s story is a work of fiction, UNPLUGGED addresses very real issues. Through songs and scenes adapted from McComas’ acclaimed novel, the show chronicles Dayna’s bumpy journey out of depression, through the South Dakota Badlands, and into self-discovery, healing, full embrace of her bisexuality, and love.

UNPLUGGED exists to raise funds and awareness for RAINN and The Kennedy Forum. Join us as we work to prevent suicide, fight stigma, and Rock Against Rape!

Want to bring UNPLUGGED to your area?
Contact us to start the conversation. 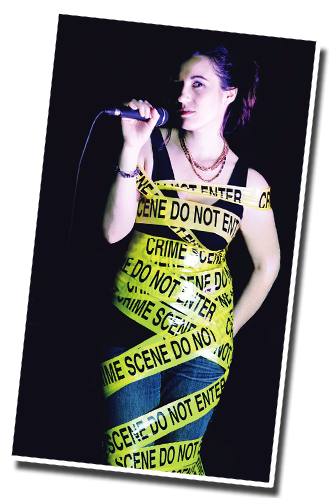 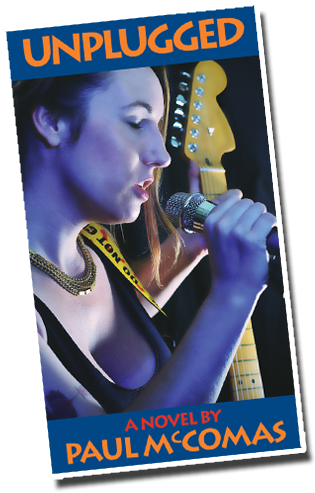 Unplugged, a novel by Paul McComas

“With consummate skill, Paul McComas weaves together the interior wilds of protagonist Dayna Clay with the exterior wilds of the South Dakota Badlands. The reader cheers for Dayna on her spiritual and sexual quest, eager to see what she will discover as she leaves the ups and downs of the music industry for the zigzag terrain of the Badlands and her own psyche. McComas writes of women, depression, and bisexuality as if he has ‘been there.'”
– Chris Glaser, author of Coming Out as Sacrament

Prompted by the success of his teen-suicide-prevention program Rock Against Depression (1995–99), the first edition of Paul McComas’ Unplugged (John Daniel & Co.) became the most critically acclaimed small-press novel of 2002. It’s been rather widely acclaimed, too, garnering raves from ROCKRGRL, Out in the Mountains (Vermont’s LGBTQ weekly), The Lakota [Sioux] Journal, and Christian Century (as one of six Novels of the Year, alongside Atonement and The Lovely Bones). Unplugged earned Book of the Month and Critic’s Pick designations nationwide; Joyce Carol Oates calls it “very compelling”; and actor/activist Ed Asner praises its “excellent descriptive writing.”

The expanded 15th-anniversary edition of this award-winning novel contains sheet music for the dozen “Dayna Clay” songs that the author composed, in collaboration with creative partner Maya Kuper.

Join Dayna on a journey through the Badlands…

Songs in the voice of Dayna Clay

“The musical version of Unplugged sketches the protagonist’s inner and outer journey…The songs and the story they convey have universal resonance and a message of social justice.” — David Luhrssen, Milwaukee Shepherd Express

With musical styles ranging from alt-rock to punk, acoustic folk to funk, the UNPLUGGED soundtrack is the perfect companion to the novel! Play along to “Dayna’s” songs with music lead sheets published in the 15th Anniversary Edition of the book.

Hear the music of UNPLUGGED on Bandcamp! 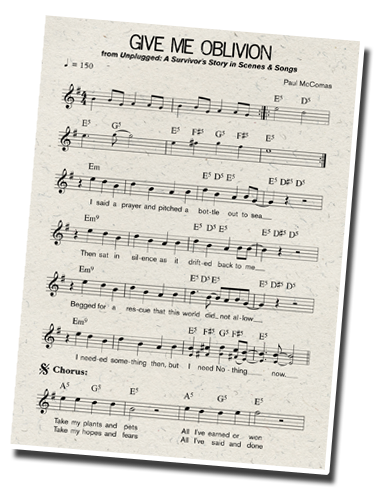 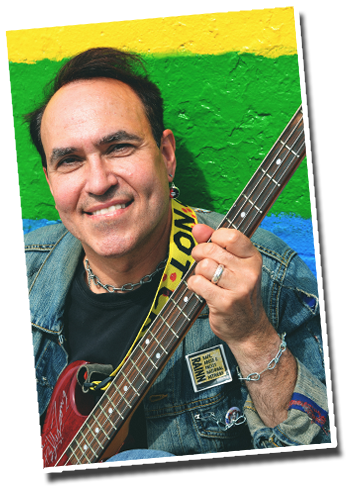 UNPLUGGED on the big screen

In 2008, Paul’s adapted screenplay for Unplugged won a national prize from NYC-based The Writers Place.

An indie feature film is currently in development — stay tuned!

Want a sneak peek at the Unplugged screenplay?

Paul McComas is the author of six acclaimed works of fiction: two novels, two short-story collections, a novella and a suite of short plays. His first major nonfiction work, a scholarly film book, is in process for a university press. Paul is as recognized for his live performances and his original music and short films as he is for his writing — all geared toward positive social outreach, progressive activism and healing. He is an award-winning teacher of film/media, literature and creative writing. Paul is honored to be a member of RAINN’s National Leadership Council and its Speakers Bureau. Paul and wife Heather live in Evanston, Illinois with their rescue greyhound, Sam.

Maya Kuper is a writer and musician from Chicago, by way of small-town Iowa. The first woman to graduate from Northwestern University’s sound design program, Maya built a career as a film sound editor and voiceover producer, then switched gears to become a copywriter. She made her first foray into stage acting with UNPLUGGED: A Survivor’s Story in Scenes & Songs. When she’s not collaborating with Paul, Maya blogs about audio gear, makes keytar videos, and occasionally finds a free minute to work on her solo album, How to Score (coming someday!). 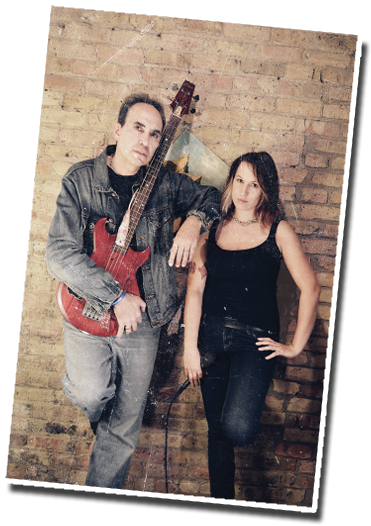 All proceeds from UNPLUGGED tickets, book, music, and merch sales benefit our organizational partners: RAINN and The Kennedy Forum.

RAINN (the Rape, Abuse & Incest National Network) is the United States’ largest anti-sexual violence organization. Co-founded in 1994 by the brilliant pianist and singer-songwriter Tori Amos, RAINN created and operates the National Sexual Assault Hotline (800.656.HOPE) in partnership with more than 1,000 local sexual assault service providers across the country, and operates the DoD Safe Helpline for the Department of Defense. Named one of “America’s 100 Best Charities” by Worth magazine, RAINN carries out programs to prevent sexual violence, help survivors, and ensure that perpetrators are brought to justice.

Since 2011, Paul McComas has proudly served on RAINN’s National Leadership Council and its Speakers Bureau. Paul’s “For Julia” essay about one of the main inspirations for Unplugged aired on Milwaukee Public Radio’s “Lake Effect,” then was published in the Pulitzer-Prize-nominated 2012 anthology The Survivors Project: Telling the Truth About Life After Sexual Abuse.

The Kennedy Forum seeks to set a new standard for the future of health care in the United States — just as President Kennedy rallied the nation to set audacious goals decades ago. Founded by Patrick J. Kennedy in 2013, The Kennedy Forum aims to rally the mental health community around a common set of principles: Fully implement the 2008 parity law, bring business leaders and government agencies together to eliminate issues of stigma, work with providers to guarantee equal access to care, ensure that policymakers have the tools they need to craft better policy, and give consumers a way to understand their rights.

“Maya and Paul are American citizens in the truest sense of the word. They have found a unique and effective way to get across the message that treatment helps, time heals, and life does get better again…I applaud Paul and Maya for embracing our shared mission and for seeking to fulfill that mission in a vivid, vital, and creative fashion.” — Patrick J. Kennedy, former U.S. Representative, co-founder of One Mind and The Kennedy Forum

Connect with UNPLUGGED, and help support RAINN and The Kennedy Forum!

Questions or comments about Unplugged? Maya and Paul want to hear from you.